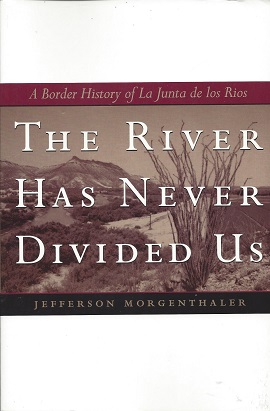 The River Has Never Divided Us: A Border History of La Junta de Los Rios

Bend on front cover . 317 pages. Not quite the United States and not quite Mexico, La Junta de los Rios straddles the border between Texas and Chihuahua, occupying the basin formed by the conjunction of the Rio Grande and the Rio Conchos. It is one of the oldest continuously inhabited settlements in the Chihuahuan Desert, ranking in age and dignity with the Anasazi pueblos of New Mexico.In the first comprehensive history of the region, Jefferson Morgenthaler traces the history of La Junta de los Rios from the formation of the Mexico-Texas border in the mid-19th century to the 1997 ambush shoot...
View More...