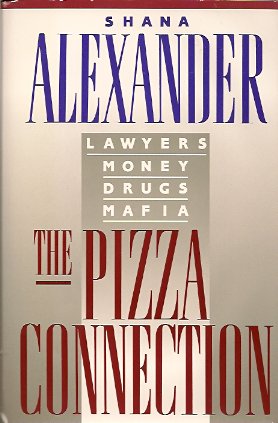 Edgewear to dust jacket. Courtroom diagram on end papers. 442 pages. A behind-the-scenes tour of the longest-running criminal trial ever to be held in a federal court -- the so-called Pizza Connection trial, which pitted the full resources of the U.S. government against 22 Mafia defendants accused of a $1.65 billion heroin-smuggling & money-laundering conspiracy that stretched from Sicily to Brooklyn to Brazil to a chain of pizzerias. What happens when the stakes are so high that truth & justice take second place in the heat to win? The roster of names reads like a Who's Who of crime & the law...
View More... 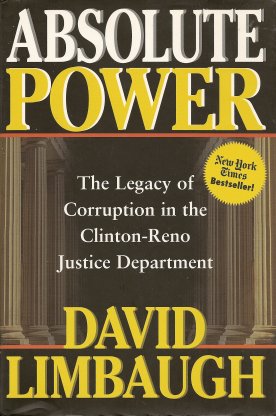 Absolute Power: The Legacy of Corruption in the Clinton-Reno Justice Department

Dust jacket protected with a removable Brodart cover.. . 386 pages. The pictures are a searing part of American history. The Branch Davidian settlement at Waco in flames. The machine-gun wielding, helmeted troopers crashing their way into an unarmed house to steel away Elian Gonzales. Al Gore robotically repeating that there was no controlling legal authority to keep him from raising money in the White House.
View More... 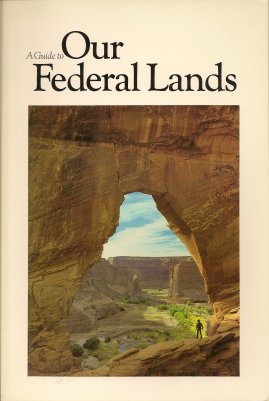 A Guide to Our Federal Lands 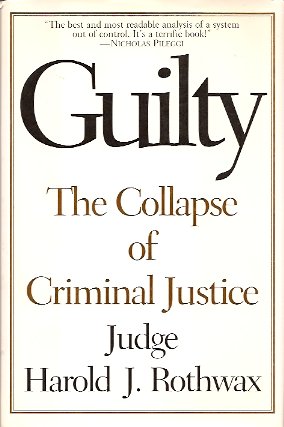 Guilty: The Collapse of Criminal Justice

Dust jacket is protected with a removable Brodart cover. Stated First Edition with full number line. 8vo - over 7¾" - 9¾" tall. 238 pages. A distinguished jurist describes the collapse of the American criminal justice system, arguing that criminals and defense attorneys hide behind problem laws and technicalities and calling for eight crucial reforms of the system.
View More...