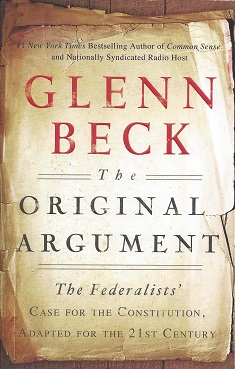 The Original Argument: The Federalists' Case for the Constitution, Adapted for the 21st Century

Appears unread. No spine crease. Full number line 10 9 8 7 6 5 4 3 2 1. . 430 pages. Glenn Beck brings his historical acumen and political savvy to this fresh, new interpretation of The Federalist Papers, the 18th-century collection of political essays that defined and shaped our Constitution and laid bare the “original argument” between states’ rights and big federal government--a debate as relevant and urgent today as it was at the birth of our nation. Adapting a selection of these essential essays--pseudonymously authored by the now well-documented triumvirate of Alexander Hamilton,...
View More...

No spine crease.. 192 pages. Glenn Beck revisits Thomas Paine's Common Sense. In any era, great Americans inspire us to reach our full potential. They know with conviction what they believe within themselves. They understand that all actions have consequences. And they find commonsense solutions to the nation's problems. One such American, Thomas Paine, was an ordinary man who changed the course of history by penning Common Sense, the concise 1776 masterpiece in which, through extraordinarily straightforward and indisputable arguments, he encouraged his fellow citizens to take control of Ameri...
View More... 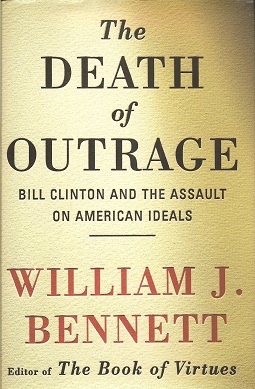 Death of Outrage: Bill Clinton and the Assault on American Ideals

Scar from removed sticker on free front endpaper. Light tan boards and black spine imprinted with title and author in gold. . 0.8 x 8.5 x 5.6 Inches. 160 pages. Today we see little public outrage about Bill Clinton's misconduct. With enormous skill, the president and his advisors have constructed a defensive wall built of bricks left over from Watergate: diversion, half-truth, equivocation, and sophistry. It is a wall that has remained unbreached. Until now. In The Death of Outrage: Bill Clinton and the Assault on American Ideals, former cabinet secretary and bestselling author William ...
View More... 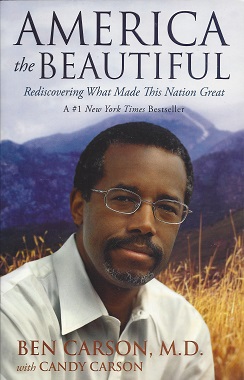 America the Beautiful: Rediscovering What Made This Nation Great

205 pages. In America the Beautiful, former presidential candidate Dr. Ben Carson helps us learn from our past in order to chart a better course for our future.
View More... 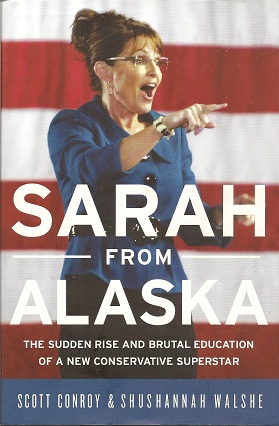 Sarah from Alaska: The Sudden Rise and Brutal Education of a New Conservative Superstar

320 pages. A year after a vice presidential campaign that remains as consequential as it was controversial, Sarah Palin is still the most dynamic yet polarizing Republican in America. Now Scott Conroy and Shushannah Walshe draw on their experiences as embedded reporters on Palin’s campaign, exclusive on-scene coverage of Palin’s post-election struggles in Alaska, and revealing interviews with former McCain/Palin staffers, top political minds, and Palin’s family, friends, and foes in Alaska to tell the remarkable behind-the-scenes story of her improbable rise—and its complicated afterma...
View More... 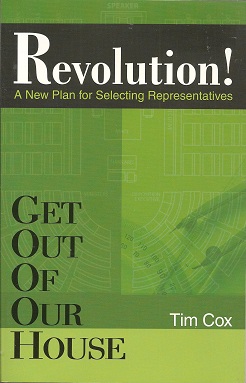 Get Out Of Our House: Revolution!

291 pages. A New Plan for Selecting Representatives. Get Out of Our House (GOOOH) details the plan for Americans to evict all 435 politicians from the United States House of Representatives--replacing them with patriots just like you. The system is designed to bypass partisanship, sever ties with special interest money, replace career politicians, and hold elected officials accountable. Will you join the revolution?
View More... 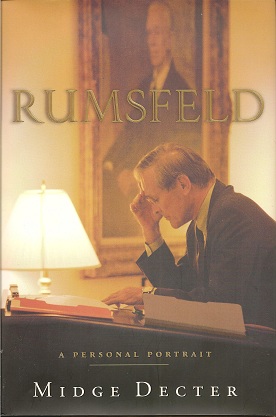 240 pages. The making of
an American icon

The sudden rise of Donald Rumsfeld to political stardom has been one of the most unexpected developments of the last few years. When he was appointed secretary of defense, no one foresaw that he would become the most prominent and influential member of President George W. Bush's cabinet. But as the main architect of the wars in Afghanistan and Iraq, Rumsfeld moved into a central position as a policymaker. And through his televised briefings, he also moved into the spotlight, where he won the almost worshipful admiration of millions of American...
View More... 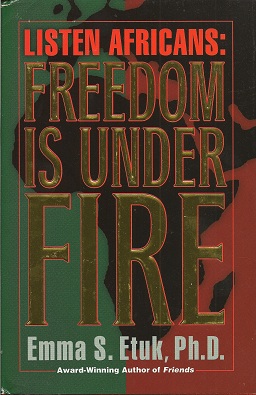 Listen Africans: Freedom Is Under Fire

Edgewear to book and d j . 1.2 x 8.6 x 5.6 Inches. In this fascinating study, award-winning author Dr. Emma S. Etuk focuses on one of our most cherished values and presents a thought-provoking advocacy for freedom in Africa
View More... 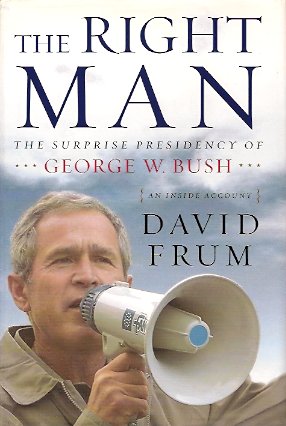 The Right Man: The Surprise Presidency of George W. Bush 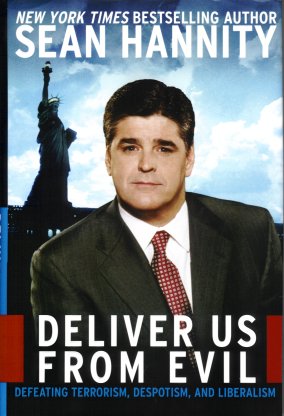 Deliver Us from Evil: Defeating Terrorism, Despotism, and Liberalism 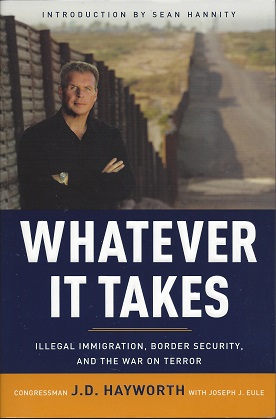 Whatever It Takes: Iillegal Immigration, Border Security, and the War on Terror

230 pages. Whatever It Takes is a wide-ranging and highly entertaining read, in which Congressman J. D. Hayworth exposes the ongoing battle where terrorists seek ways to exploit our porous borders and attack our homeland as well as the hypocrisy, greed, and political correctness that could literally destroy our nation
View More... 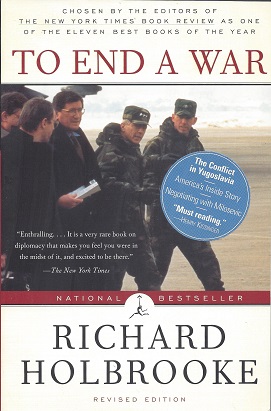 To End a War

410 pages. When President Clinton sent Richard Holbrooke to Bosnia as America's chief negotiator in late 1995, he took a gamble that would eventually redefine his presidency. But there was no saying then, at the height of the war, that Holbrooke's mission would succeed. The odds were strongly against it. As passionate as he was controversial, Holbrooke believed that the only way to bring peace to the Balkans was through a complex blend of American leadership, aggressive and creative diplomacy, and a willingness to use force, if necessary, in the cause for peace. This was not a universal...
View More... 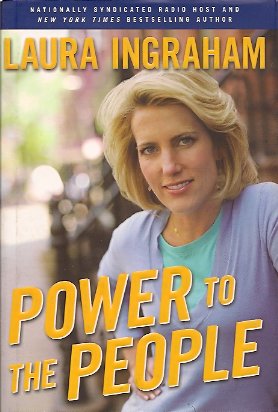 Power to the People

1.5 x 9 x 6.4 Inches. 384 pages. Exposes the threats that Americans face from an emboldened cultural Left, global dogmatists, science worshippers, and politicians; offers solutions for how to demand more from our leaders; and challenges people to recapture America's spirit and greatness.
View More... 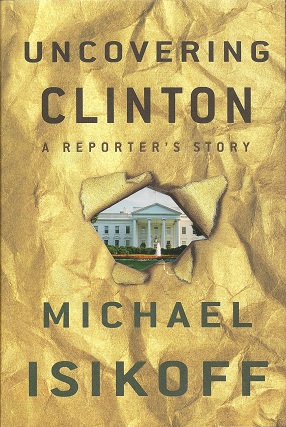 Closed tear on dust jacket. Protected in a removable Brodart archival cover. Pictorial cover with title and author on spine in white. Full number line 10 9 8 7 6 5 4 3 2 1. . 1.4 x 9.2 x 6 Inches. 416 pages. "I realized something that should have been apparent to me much earlier: I was in the middle of a plot to get the president." A quarter of a century after Woodward and Bernstein's history-making expose All the President's Men stunned the nation by capturing the Nixon presidency in the throes of turmoil, Newsweek reporter Michael Isikoff gives us an equally explosive...
View More... 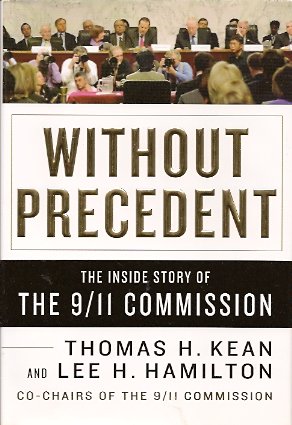 Without Precedent: The Inside Story of the 9/11 Commission 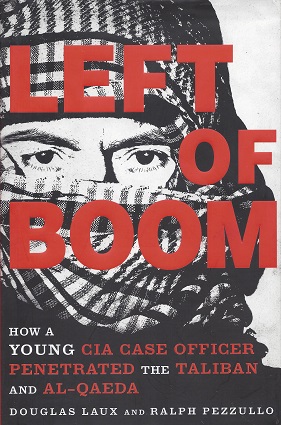 Left of Boom: How a Young CIA Case Officer Penetrated the Taliban and Al-Quaeda

Protected in a removable Brodart archival cover. Black boards and spine imprinted in red metallic with ttle and author. Full number line 10 9 8 7 6 5 4 3 2 1. . 301 pages. On September 11, 2001, Doug Laux was a freshman in college, on the path to becoming a doctor. But with the fall of the Twin Towers came a turning point in his life. After graduating he joined the Central Intelligence Agency, determined to get himself to Afghanistan and into the center of the action. Through persistence and hard work he was fast-tracked to a clandestine operations position overseas. Dropped into a remote re...
View More... 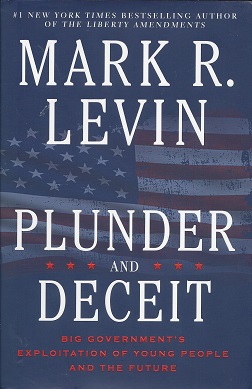 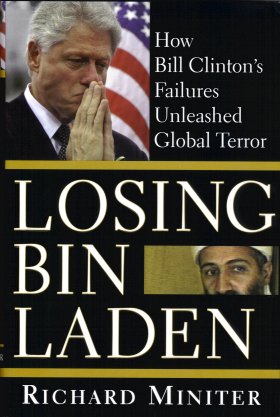 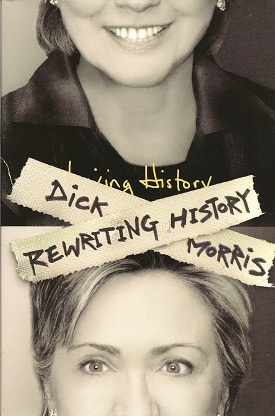 Protected in a removable Brodart archival cover; Cream boards with black spine imprinted in gold with title and author; Full number line 10 9 8 7 6 5 4 3 2 1. . 320 pages. Now, for the first time, Fox News political analyst and former Clinton adviser Dick Morris turns his sharp-eyed gaze on Hillary, the longtime First Lady, current New York senator, and bestselling author. For,as he argues, no politician in America today is better aligned to become president in 2008 -- and none would bring more baggage to the White House -- than Mrs. Clinton. In REWRITING HISTORY, Morris draws on his own long ...
View More... 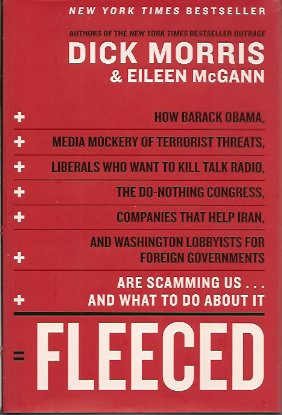 Fleeced: How Barack Obama, Media Mockery of Terrorist Threats, Liberals Who Want to Kill Talk Radio, the Do-Nothing Congress, Companies That Help Iran, and Washington Lobbyists for Foreign Governments Are Scamming Us ... and What to Do About It

Only defect is hint of a wrinkle on one corner . 352 pages. The co-authors of Outrage present a critical analysis of additional power abuses by the American government, wealthy corporations, and high-profile celebrities, in an account that addresses topics ranging from sub-prime mortgages and the secret purchases of Dubai to corporate salaries and the 2008 election.
View More...