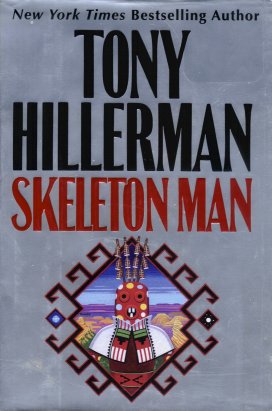 Protected in a removable Brodart cover. Stated First Edition with full number line.. A Joe Leaphorn/Jim Chee Mystery, No. 14. While assisting Sergeant Jim Chee and his finacee, Bernie, investigate what appears to be a simple trading post robbery, former Navajo Tribal Police lieutenant Joe Leaphorm turns up a clue that leads to a search for the remains of a passenger - carrying a fortune in diamonds - on a plane what went down in the Grand Canyon fifty years earlier.
View More... 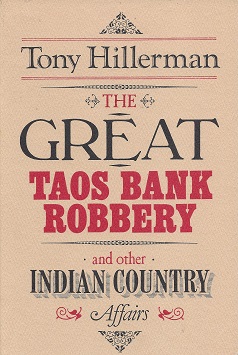 The Great Taos Bank Robbery: And Other Indian Country Affairs

147 pages. Novelist Tony Hillerman weaves together some classic stories of contemporary New Mexican life in a collection that makes you laugh, shake your head, and eventually understand more about New Mexico and its people.
View More... 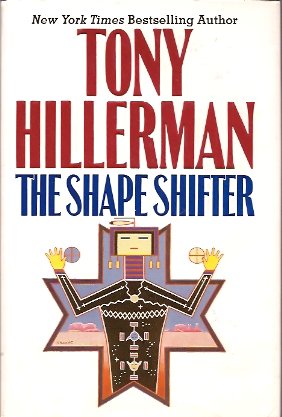 1/4 inch closed tear. Stated First Edition with full number line.. 1.1 x 9.21 x 6.22 Inches. 288 pages. A Joe Leaphorn/Jim Chee Mystery, No. 18. Since his retirement from the Navajo Tribal Police, Joe Leaphorn has been called on occasionally by his former colleagues to help them solve a puzzling crime. And Leaphorn, aided by Jim Chee and Bernie Manuelito, always delivers. But this time, the problem is with an old case of Joe's -- his "last case," unsolved and haunting him. And with Chee and Bernie on their honeymoon, Leaphorn is on his own. The case involved a priceless Navajo rug gon...
View More... 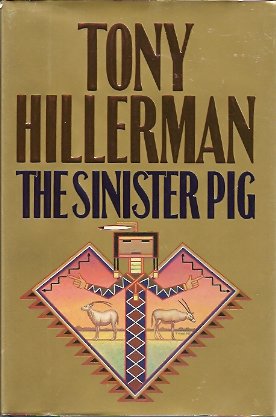 Protected in a removable Brodart cover. Pale yellow boards with blue spine imprinted in gold with title and author. Stated First Edition with full number line 10 9 8 7 6 5 4 3 2 1. . 8vo - over 7¾" - 9¾" tall. 228 pages. A Joe Leaphorn/Jim Chee Mystery, No. 13. The victim, well dressed but stripped of identification, is found at the edge of the vast Jicarilla Apache natural gas field just inside the jurisdiction of the Navajo Tribal Police, facing Sergeant Jim Chee with a complex puzzle. Why did the Washington office of the FBI snatch custody of this case from its local agents, cover...
View More... 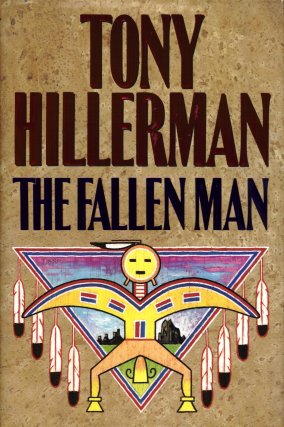 Protected in a removable Brodart cover. Light brown textured boards with an indian motif embossed in metallic red on the front coverand black spine imprinted with the title and author in silver. Pale tan endpages. Stated First Edition with full number line 10 9 8 7 6 5 4 3 2 1. . 8vo - over 7¾" - 9¾" tall. 249 pages. A Joe Leaphorn/Jim Chee Mystery, No. 12. Newly retired Navajo Tribal officer Joe Leaphorn connects the discovery of a skeleton under Ship Rock Mountain's peak to the sniper shooting of a canyon guide, and he remembers an old puzzle he was unable to solve, as he joins Act...
View More... 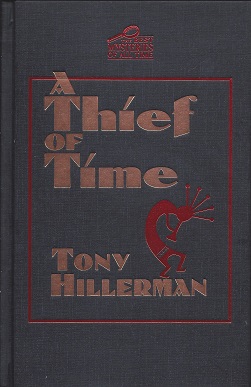 The Thief of Time

Condition: Fine with No dust jacket as issued

Black boards and spine with copper title and author on spine. Burnt Orange endpapers . 262 pages. The Best Mysteries of All Time
View More... 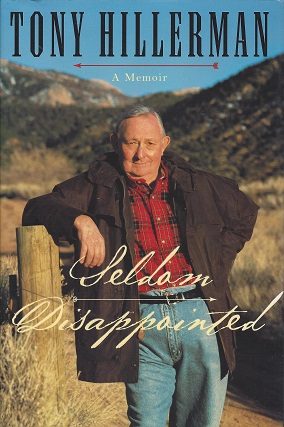 341 pages. One of America's best-loved authors pens a stunning memoir that is a loving tribute to family, a country at war and in depression, and the writing profession. 16 pages of photographs.
View More... 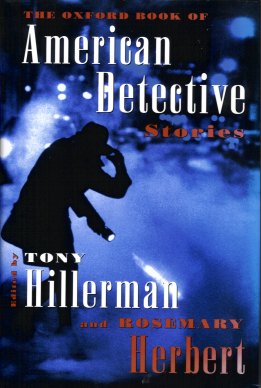 2.08 x 8.79 x 5.91 Inches. 696 pages. Edgar Allan Poe's "Murders in the Rue Morgue" launched the detective story in 1841. The genre began as a highbrow form of entertainment, a puzzle to be solved by a rational sifting of clues. In Britain, the stories became decidedly upper crust: the crime often commited in a world of manor homes and formal gardens, the blood on the Persian rug usually blue. But from the beginning, American writers worked important changes on Poe's basic formula, especially in language and locale. And with World War I, the Roaring '20s, the rise of organized crime an...
View More...