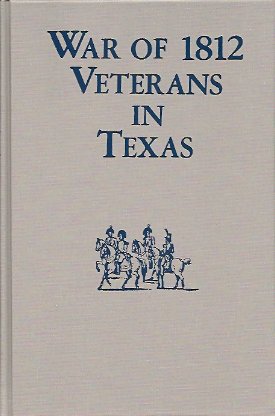 New index. 468 pages. This book encompasses 650 men, known to have set foot on Texas soil at some time during their lives, who rendered military or public service during the War of 1812 period - from 1784 when the Amer. Revolution ended to 1815 when the Treaty of Ghent ending the War of 1812 was ratified. Information, when available, includes the places and dates of birth and death; place and date of marriage and the name of the celebrant of the ceremony; the names of all wives; children's dates of birth and names of their spouses; place of enrollment for service and places of residences in Texas and those before arriving; the names of veteran's immediate superior; cross references to the pension and bounty land file records in the National Archives, which include the names of relatives, friends and neighbors who served as witnesses. Appendix I is a special list of more than 100 widows with maiden names given, showing the place and date of death of husband who did not himself enter Texas. Appendix II lists sources offering further information. This newly revised edition contains some 50 additional Veterans who Mrs. Smith has researched and found since the first edition in 1979. This reference work is important for Texas research and equally valuable for historical and genealogical research on non-Texas families; witnesses, for example, were living all across the present-day United States, from Maine to California - the scope is truly national