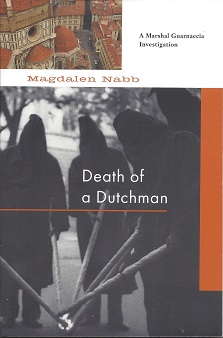 Death of a Dutchman

No spine crease.. 216 pages. A Marshall Guarnaccia Investigation, No. 2. Summoned by an aged woman to investigate mysterious noises in the vacant flat next to hers, Marshal Guarnaccia discovers a dying Dutch jeweler. The old lady had known him when he was a boy growing up in Florence. Could he have returned to the family home just to commit suicide? Or could the man be the victim of a cunning murderer?

Title: Death of a Dutchman

Death of a Dutchman