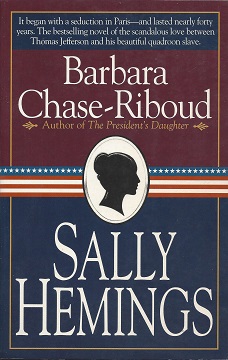 Toning to pages. No spine crease. Genealogical table. 360 pages. One of the greatest love stories in Amercian history is also one of the least known -- and most controversial. Thomas Jefferson, third president of the United States and author of the Declaration of Independence, had a mistress for thirty-eight years, whom he loved and lived with until he died -- the beautiful and elusive quadroon slave, Sally Hemings.In this brilliant novel, spanning two continents, sixty years, and seven presidencies, Barbara Chase-Riboud re-creates a love story based on the documents and the evidence of the day, but gives free rein to the novelist's imagination. Incredibly written and beautifully evoked, Barbara Chase-Riboud explores the complex blend of love and hate, tenderness and cruelty, freedom and bondage, that made the lifelong liaison between Sally Hemings and Thomas Jefferson one of the most poignant, tragic, and unforgettable chapters in the history of the races, and of the sexes, in America.