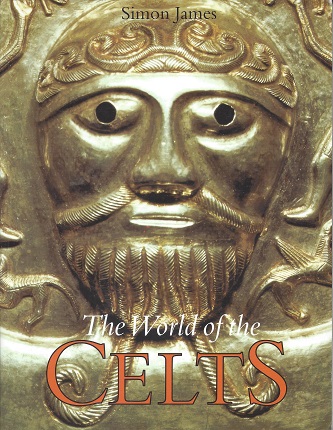 The World of the Celts

No spine crease.. 192 pages. "The whole race...is madly fond of war, high-spirited and quick to battle...and on whatever pretext you stir them up, you will have them ready to face danger, even if they have nothing on their own side but their own strength and courage" - Strabo, first century BC. Warlike, flamboyant, courageous - the ancient Celts had a fearsome reputation, even among the bellicose Romans. For 500 years they dominated the barbarian lands north of the Alps, before being largely absorbed into the Roman Empire. But Celtic culture survived and achieved a glorious flowering in the post-Roman, early Christian era. Today Celtic influence can be found everywhere, in arts and crafts, in legends, in placenames and even in the languages we speak. In this new introduction to the world of the Celts, Simon James looks at all aspects of their history. Individual sections chart their rise, their way of life from farming to feasting, their wars, their gods, and their superb craftsmanship. Also highlighted are the hitherto neglected subject of Celtic life under Roman rule and persistent traditions that led to the Celtic renaissance in Ireland after AD 400. Original features include the latest discoveries; extracts from classical authors; illustrated retellings of the most famous myths and legends; tables of comparative information; diagrams, maps and site plans. The Celts once held sway over much of Europe, from Caledonia to Asia Minor. Here is the whole story of this immensely inventive and influential people

Title: The World of the Celts

The World of the Celts