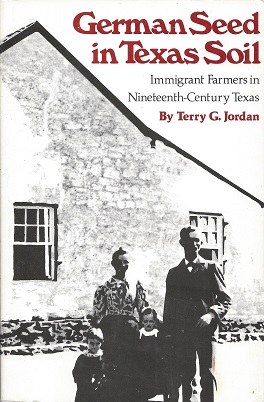 237 pages. Terry Jordan explores how German immigrants in the nineteenth century influenced and were influenced by the agricultural life in the areas of Texas where they settled. His findings both support the notion of ethnic distinctiveness and reveal the extent to which German Texans adopted the farming techniques of their Southern Anglo neighbors.